IHM SISTERS’ NOVITIATE AT 50 AND GROWTH IN NUMBERS 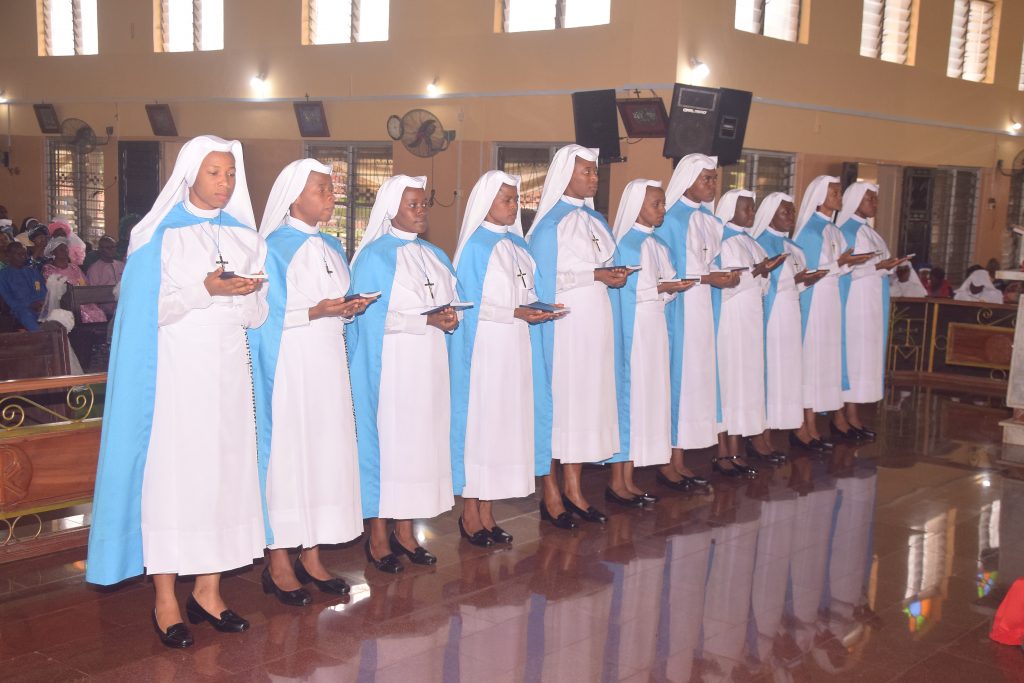 As the IHM Sisters’ Novitiate turns 50 this year, 11 Novices made their First Religious Profession on 13th August, 2022 at IHM Novitiate, Nkpor-Agu, Anambra State

Archbishop Valerian Okeke, the Archbishop of Onitsha Archdiocese, was presided at the Eucharistic celebration which brought together many Sisters that had passed through the Novitiate as well as friends and families of our newly Professed Sisters.

“Consecrated life is a radical way of following Christ.”  That was the Prelate during his homily.  He went on to say that ‘intention’ is very crucial to what we do.  “Every action has a moral end and a natural end, hence the need to purify our intentions.  The natural end of Consecrated life is a holy life and the moral end is up to the individual.  He added that some tend to change along the line.

The Archbishop presided over the rituals of the First Profession while Mother Mary Claude Oguh, IHM, the Superior General received the three Vows of Chastity, Poverty and Obedience of the Sisters.  Sr. Maureen Akabogu, IHM and Sr. Juliet Marie Njuguna, IHM, the Novice Mistresses, were the witnesses.

Mother Mary Claude Oguh, talking about the event said, “We consider these two events as a wonderful gift of God, that for 50 years, this Novitiate has nurtured 50 Sets of Sisters for the Religious life and mission.”  She encouraged the new Sisters to be consistent in the rudiments of Religious Life which they  have been taught.

Archbishop Okeke, regarding the Jubilee, reminded the Sisters that they inherited a glorious past, therefore, they have the duty to hand over the greatness to the generation after them.  He blessed and unveiled the statue of Archbishop Charles Heerey, CSSp, the Founder of IHM Sisters and the first Archbishop of Onitsha, after the Mass.  He went on to plant the Jubilee Tree in the field of the compound while praying over it.

The celebration of the day and reception of the Newly Professed Sisters continued on the Novitiate field. 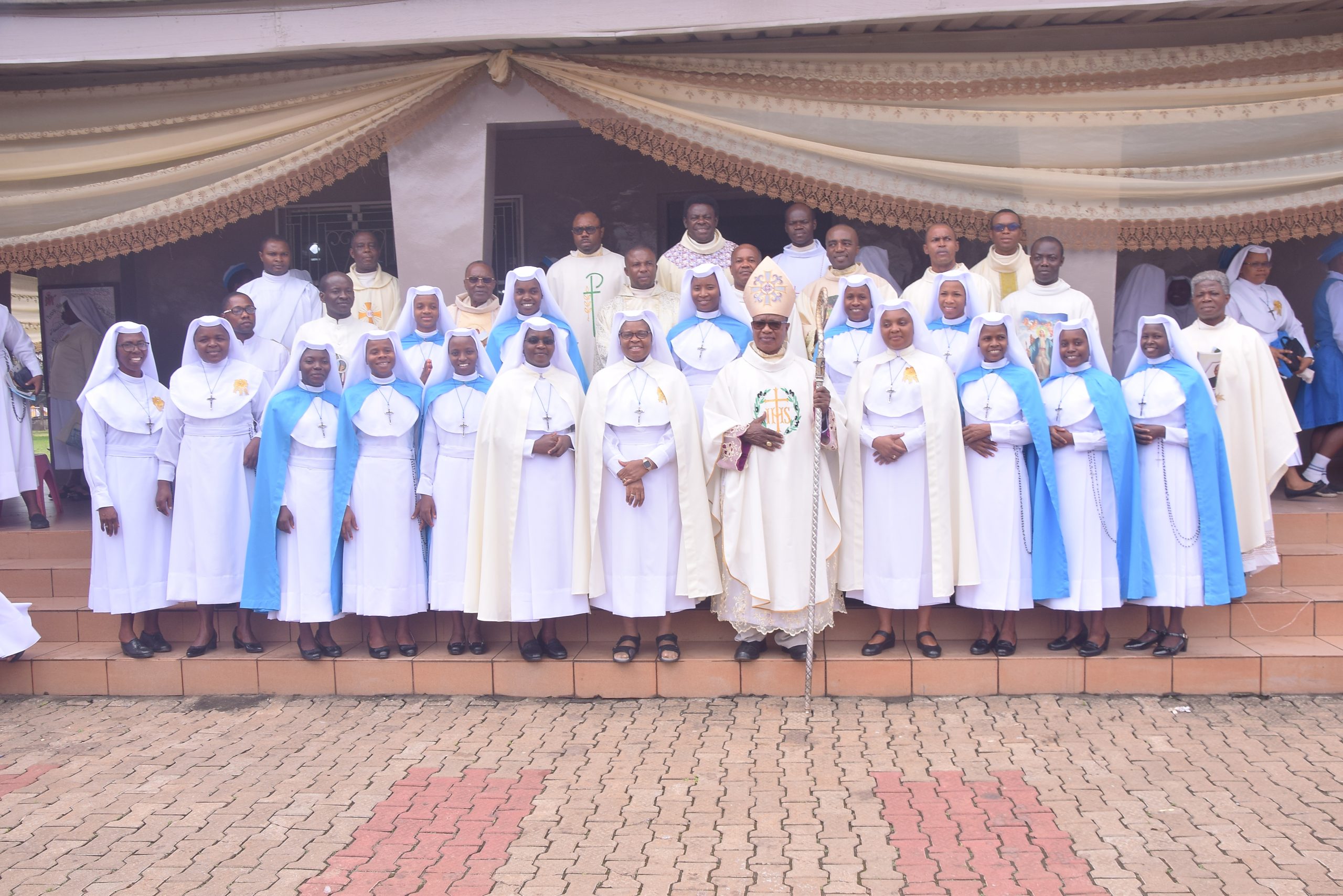