11 Postulants were received Novices of the Sisters of the Immaculate Heart of Mary, Mother of Christ on July 24, 2021 at the Novitiate Chapel, Nkpor, Anambra State, Nigeria.

IHM Sisters’ Aspirants residing at our Candidacy in Urualla II, Ideato in Imo State were there to witness the celebration.  They led the procession into the Chapel followed by four Postulants, two Novices, those to be received, their Mistresses and the Superior General.

The Postulants for the reception made their request to the Institute through the Superior General – to be received as Novices and to be taught the Way of Life of the Sisters of the Institute.  After the reading of the Scriptures, the Superior General admonished the Novices to be attentive to their Formators and the Holy Spirit in order to imbibe the spirit of humility and compassion as bequeathed by Archbishop Charles Heerey to the Institute by the end of their stay in the Novitiate.  She asked them to be ever conscious of their intention for desiring to be Religious Sisters.

The new Novices received the constitutions of IHM Sisters’ Institute from the Superior General.  She afterwards handed them over, one after the other, to the Novice Mistress, Sr. Mary Elsie Onyema, IHM.

Some Sisters living around Onitsha urban and the members of the Central Administration were present for the celebration.  Postulants from the Postulate and the Novices congratulated, appreciated and entertained the New Novices.  They in turn appreciated all that have been involved in their formation and promised to cooperate with the training that will be given them.

The Novitiate Community was delighted to receive the New Novices into their fold. 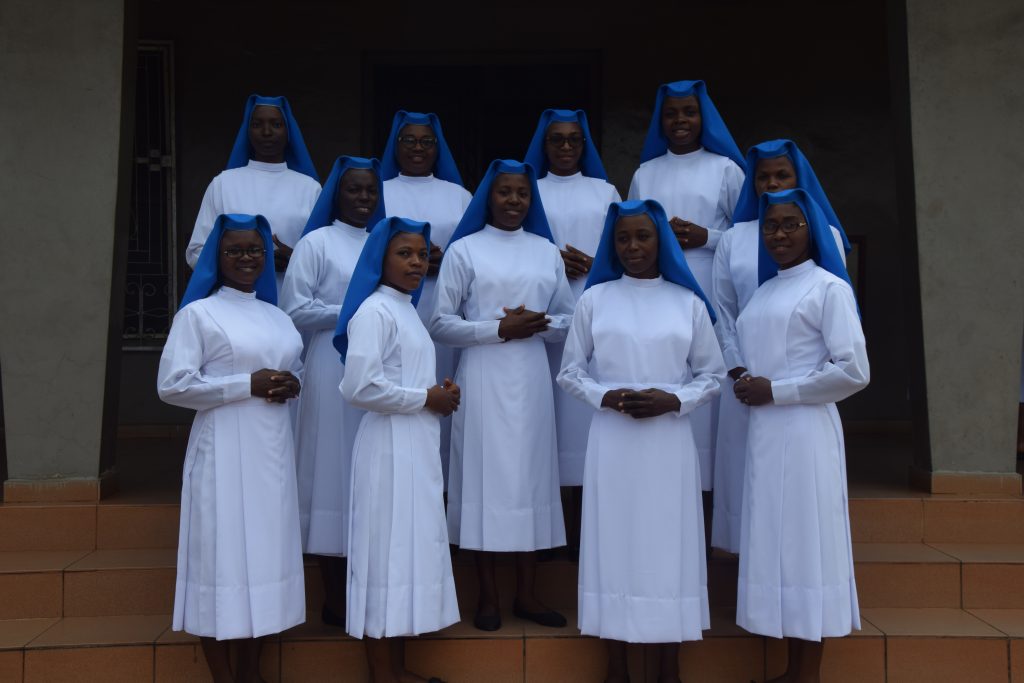 Tags: SISTERS OF THE IMMACULATE HEART OF MARY
0 Likes